The last 5 years have been the hottest years ever recorded. Half of the top 10 largest fires in California history are burning right now. Mumbai and Shanghai, 2 of the top 5 largest cities on Earth—as well as areas across the world in countries from the US to Netherlands to Iraq to Vietnam—are projected to be underwater by 2050. More than 50% of all coral reefs on Earth have already died, and this number will continue to soar to 90% over the next 30 years. Millions of species are going extinct. And fossil fuels—despite the viable future of better, cleaner energy forms like nuclear, solar, wind, geothermal, and hydroelectric—continue to dominate the world and exacerbate the ramifications of anthropogenic climate. As such, the war between Earth and humans is our episode headliner.

Meanwhile, even a categorical Trump hater like me must admit that he’s actually done some good things lately. Rhetorically, he’s standing up to the corrupt military-industrial complex (though his policies don’t often reflect his rhetoric). He’s slightly attempting to take on Big Pharma to lower drug prices. And he helped broker an important peace deal between Israel, the UAE, Bahrain, and potentially some more Middle Eastern countries—though I’m reluctant to say that these countries will live up to the treaty’s nominal promises and stipulations. Trump got roasted for claiming that top Pentagon and defense contractors draw us into wars for profit, but Brandon and I agreed that this claim is—and has been for a very long time—true. From the fictional, made-up Gulf of Tonkin incident used to pull us into Vietnam to the clandestine charlatans from the Bush Administration manipulating Colin Powell’s UN speech to pull us into Iraq, our military-industrial complex has started profit-driven wars for many years.

And though we agreed more than usual in the above topics, Brandon and I clashed in our final topic of this episode: Black Lives Matter. According to the Bureau of Justice Statistics of the U.S. Department of Justice: People of color are more likely to be pursued for the same crime than white people are, more likely to be arrested, more likely to be officially charged for the crime, more likely to be harmed or even killed during arrests, more likely to die while detained, more likely to receive longer & harsher sentences, and less likely to get out of jail early via parole. But according to Brandon, too many officers are getting the blame for the actions of a minority. Fair point. I also added that though there are arguments for both sides in terms of whether racism or police brutality in general (which affects all races) deserves more blame for the murders of unarmed African-Americans, systemic racism is a problem that exists in countless other ways—gerrymandering, voter suppression, economic inequality, etc. We finish with a tribute to John Lewis. -Luke 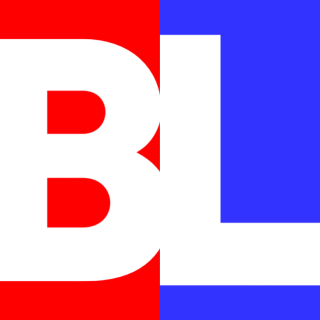 The Brandon and Luke Show

Though we always shared a passion for politics, we rarely shared the same views. But we always respected each other, as well as each other's ideas. And though we ostensibly disagreed on a lot, we often saw through focused discourse that we agreed on more than imagined. We're here to discuss, deconstruct, and elucidate our ideals. We don't implore you to always agree with us—we rarely even agree with each other—but we hope that this is useful. Brandon went to Texas A&M and works for Lockheed Martin. Luke is still in college, studying government and history at Harvard. We have our own little interests, but we share a love for the various content we discuss on our show. This page, indeed, is a celebration of what we share. Ultimately, we just hope it informs and inspires our viewers.